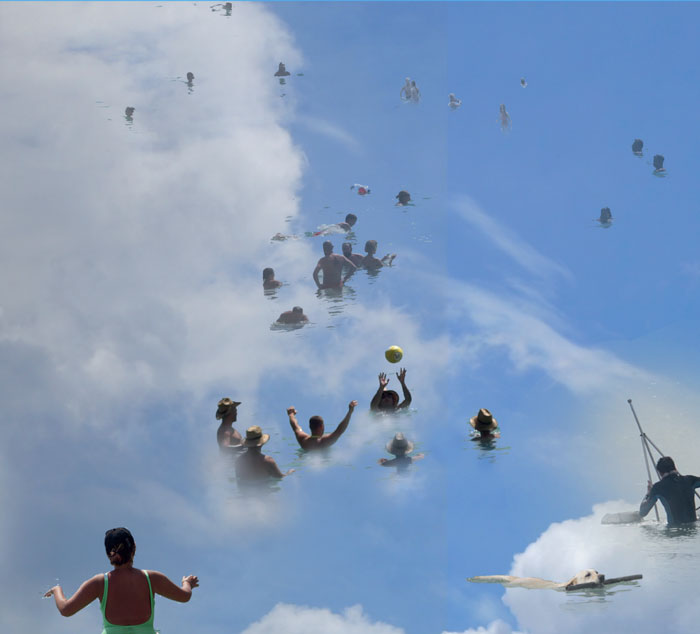 Well yes, this time we’re talking about death.
Not the virtual, imagined death, made up of metaphors and thoughts about the soul.
Instead, we’re talking about real death, told in first person by those who care for the terminally ill every day: family, nurses, healthcare assistants and doctors who work at the Hospice of San Cataldo (Lucca).

This work is the winner of the competition ON DEATH AND DYING, launched for the 2018/2019 season of the Associazione Dello Scompiglio. It is part of a re-worked version of interviews Stefano Giannotti held with the personnel of the Hospice of San Cataldo (Lucca) for the short film SAY HELLO TO THE CLOUDS (2012). These testimonies became words for pieces in perfect OTEME style, halfway between folk songs and chamber music, avant-rock and contemporary poetry, historical 1900s and psychedelia, “almost-a-radio drama” and musical theatre.

The group is made up of 13 musicians who alternate voice, strings, reeds, hammers, electric, wood and metal, including distinguished guests such as Antonio Caggiano (historic founder of Ars Ludi, who collaborated on the previous work THE BODY IN THE DREAM) on the vibraphone and classic percussion and Blaine Louis Reininger (historic founder of Tuxedomoon) on the violin.

As in the three previous works, artistic and musical contexts freely intersect and combine, outside of any simple market logic, but the sound obtains more personal characteristics, becoming what is now an OTEME trademark.

In 2012, I was asked to film an informative documentary on the Hospice of San Cataldo (Lucca). Not everyone knows that a Hospice is a place where the terminally ill go to die, where they are given palliative care, “the last port” many people reach.
In the original video, entitled SAY HELLO TO THE CLOUDS, nurses, healthcare assistants, doctors and relatives of patients answered questions related to themes of death, happiness, memory.
Some of the key questions were: “What about doing this job makes you happy?” – “What do you get out of this job?” – “What memories do you have of patients?” and so on.
The results were a picture of great humanity, very intense and moving. I remember seeing many people cry at the first showing at the Cinema Circle/Circolo del Cinema in Lucca.
In 2018, I thought I would take the material recorded in 2012 and create a new work for OTEME. In this new work, the reflections of the people interviewed back then became poetic material for the creation of a series of songs and chamber pieces, halfway between folk songs, avant-rock, and the refined languages of the 1900s. As in my other compositions, we apply the idea of the work as a city in perpetual construction, de-construction and restoration. Old material becomes the constitutive elements of new installations.

The work, winner of the competition “On Death and Dying”, launched by the Associazione Culturale Dello Scompiglio in Vorno, Capannori – Italy, was shown for the first time at the Spazio Performativo Espositivo (SPE) at Tenuta Dello Scompiglio on June 1st, 2019.
This CD is a further elaboration of the new project, with an extension of the band from 6 to 13 musicians.

E C’E’ QUALCUNO
And There’s Someone

The Angels of San Cataldo